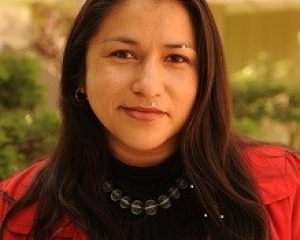 Elizabeth Aguilera was a Bringing Home the World Fellow in 2012.

Elizabeth Aguilera is a staff writer on immigration and demographics at U-T San Diego (formerly The San Diego Union-Tribune). Throughout her career, Elizabeth has focused on the intersection of people and policy. High-profile coverage includes the Democratic National Convention in Denver, Hurricane Katrina, and victims of the 9/11 terrorist attacks. Elizabeth has written for the Denver Post, the Orange County Register, Long Beach Magazine and the Chronicle of Higher Education. Prior to joining the U-T, Elizabeth was named a Marshall Memorial Fellow and traveled throughout Europe to explore transatlantic ideas on globalization, politics and migration. Previously, she completed an Annenberg Fellowship at the University of Southern California in specialized journalism on immigration, urbanization and culture. Elizabeth is a lifetime member of the National Association of Hispanic Journalists. A native of Los Angeles, she is a graduate of Pepperdine University and the University of Southern California.

Elizabeth reported on the dangerous trade of human trafficking and prostitution in Mexico. Her piece, complete with multimedia and photos, depicts the harsh realities of an industry that relies on the United States.