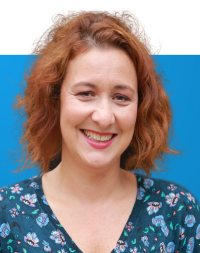 I knew early on that I wanted to become a journalist. I love to discover a story, and recognize how precious it is when you give voice to someone. I think journalism plays a crucial role in support of diversity, inclusion, and free speech. Because of this, I feel privileged to work at IJNet as its Portuguese Editor. In this role, I work with media professionals around the world to deliver content to Portuguese-speaking journalists, in Brazil, Portugal, and lusophone Africa.

Living as an immigrant in the U.S., I engage in studying cultural diversity. I always work with an optimistic view of everything, open to learning more and sharing my skills.

My background: I am a Brazilian journalist, blogger; and social media specialist. I graduated with a journalism degree from Universidade de Brasília, in Brazil. I began my career at TV Globo, a Brazilian free-to-air television network, where I worked as a reporter, editor and anchor for more than 15 years. After this, I worked as an anchor and editor at TV Justiça, a Brazilian television channel administered by the Brazilian Supreme Federal Court.

Living in Washington, D.C. since 2011, I have worked as a social media and video specialist at the Inter- American Development Bank (IDB). I also run a blog about motherhood, and I am almost finished with a master's degree in intercultural relations.

Ask me about: Brazilian news, motherhood, immigration and TV shows