Three visionaries started ICFJ in 1984: Tom Winship, editor of The Boston Globe from 1965 to 1985; Jim Ewing, publisher of the Keene Sentinel in New Hampshire; and George Krimsky, Associated Press correspondent and editor for 38 years, first president of ICFJ.

Winship, Ewing and Krimsky felt a strong need to support colleagues overseas, particularly in countries with little tradition of a free press. All three shared the belief that the news media's role is to expose, investigate and articulate issues of concern to average citizens. And they wanted an organization run by journalists for journalists to help foster their ideals. Out of their beliefs, ICFJ was born.

The legacy of our founders remains present in the work that ICFJ does. Each family contributes to the success of ICFJ daily. Winship's daughter, Margaret Winship, and Ewing's son, Tom Ewing, are on ICFJ's Advisory Board. Jim Ewing's grandson, Matt, is on the ICFJ Board of Directors.

In 2006, we established the ICFJ Founders Award for Excellence in Journalism as a tribute to Winship, Ewing and Krimsky. This award is presented to a journalist with a long-time commitment to the highest standards of the profession. To learn more about the award, click here. 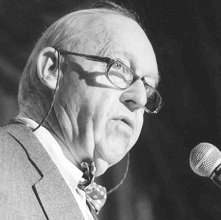 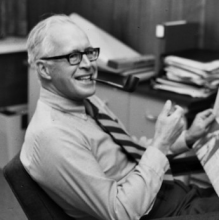 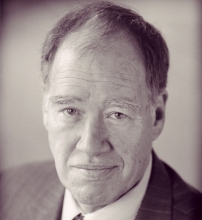