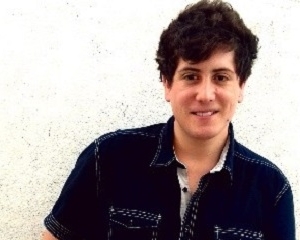 Fabrice Le Lous was a 2017 Professional Fellow from Latin America with ICFJ.

Organization and Position: I work as Editor for La Prensa (Nicaragua's biggest paper), and Sunday's special publication of the paper Revista Domingo. It is a 24 pages long magazine dedicated to special reports, long interviews with nationwide personalities, profiles, politic analysis, stories, chronicles, etc. I have four fellow journalists under my supervision.

Project Proposal: My project is to create a fake-news website that enhances democracy in countries where Civil Rights are violated. The idea is similar to El Mundo Today or El Deforma, but mine would be also supported with real information on how things ought to be in countries as per the Constitution. For example, fake-news could be a fake-interview with Daniel Ortega, or fake reports stating that somehow a dictator is now regretting everything s/he had done and will try to become better.

Proudest Professional Accomplishment: My proudest accomplishment is to know (according to official data) that Sundays are the best newspaper sales-day in Nicaragua, and that has to do with our 24 pages-long Revista Domingo, that gets published on weekends. People wait for it and they get out of their houses to grab their edition. On Sundays, unlike other days, the paper cannot be found on the streets, except in supermarkets or gas stations. It means I am in charge of the most read publication of the country's most popular newspaper. Another achievement that makes me proud is that some of the works I have signed are studied at the country's biggest Colleges as examples in Journalism classrooms.