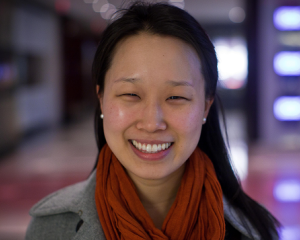 Hannah Yi was a Bringing Home the World Fellow in 2012.

Hannah Yi is a New York City-based multimedia producer for the PBS show “Need to Know.” She previously worked at ABC News for the Longform Documentary Unit and also the CNN show Anderson Cooper 360°. She has reported from far flung countries like Haiti and Ireland or sometimes just a stone’s throw away in New York City. She earned her M.S. degree from Columbia University Graduate School of Journalism and her B.A. degree in Communications and English from the University of Pennsylvania.

Hannah investigated the impact that U.S. drone attacks are having on citizens in targeted areas in Pakistan. She interviewed survivors of the strikes and produced a piece that aired on “Need to Know,” along with a web feature.