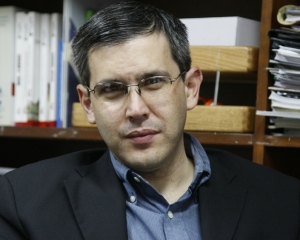 ICFJ Knight Fellow Javier Garza developed a culture of digital and mobile security among Latin American journalists, citizen reporters and members of civil society organizations. His work as a Fellow was funded by a generous grant from Freedom House and supported by the John S. and James L. Knight Foundation as well the John D. and Catherine T. MacArthur Foundation.

As a Knight Fellow based in Mexico, Garza: