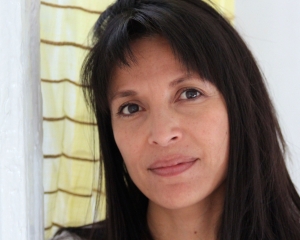 Jenni Monet was a Bringing Home the World Fellow in 2015.

Jenni Monet is an award-winning journalist and documentary filmmaker. Her career has spanned various roles in commercial and public radio and television, print and digital media with such outlets as CBS News, CNN, Public Radio International and Al Jazeera. Her work has been recognized by the Associated Press, the National Broadcasters Association, The Association for Women in Communication and others.

Jenni holds an MA in International Politics from the Columbia Graduate School of Journalism and is a board member of the National Federation of Community Broadcasters. She hails from the Laguna Pueblo Indian reservation in New Mexico.