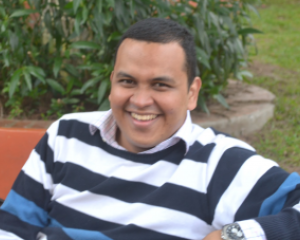 Joan Humberto Suazo Roque is a 2018 Professional Fellow from Latin America with ICFJ.

After Joan graduated from college, he started studying law. Although he pursued law for at least 10 years, he realized he didn’t want to be a lawyer. He suspected that he was truly a journalist, so he came back to the university and studied journalism. He has worked as a freelancer for some European newspapers, as a community manager for the biggest news corporation in Honduras, as an investigative and data journalist for a digital newspaper, and currently, he is the news coordinator for a television news station.