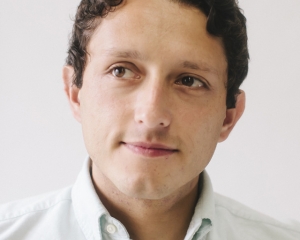 Jorge Valencia was a Bringing Home the World Fellow in 2015.

Jorge Valencia is a political reporter at North Carolina Public Radio. He grew up in Bogotá, Colombia, and the suburbs of Washington, D.C. He began interviewing bands and performing artists while he was a student at the University of Maryland, and interned for four newspapers, including The Wall Street Journal. After graduating, he reported mostly on crime over four years at The Roanoke Times in Southwest Virginia. While his current focus at North Carolina Public Radio is on issues of state policy and politics, his reporting interests also include the perception of Islam among non-Muslim Americans.

Project: Jorge will be doing reporting on the medical and dental crisis facing refugees of the Syrian Civil War, and the efforts of Syrian-Americans to help them.