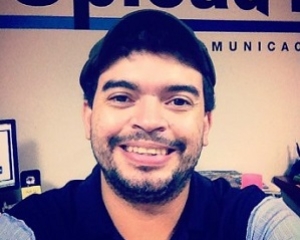 Juan Cruz was a 2016 Professional Fellow from Latin America with ICFJ.

Juan Cruz is a Honduran renaissance man who grew up admiring the roles played by visionaries such as Leonardo da Vinci, Johannes Gutenberg, Jules Verne, Nikola Tesla and many other geniuses who had both the ability and endurance to shape humanity’s future. His last seven years of experience working in the field of communications in Honduras has made him acutely aware of the importance of a free press that keeps citizens informed about the actions of leading groups and individuals in the social, economic and political spheres of the nation. Juan is presently the director of CBCW, a revolutionary media agency working in a wide array of projects in the field of communications. A graduate of McKenzie College in Digital Animation, in Canada, and USAP in Communications, in Honduras, Juan returned to Honduras in 2008, to his hometown of San Pedro Sula, lately declared the most dangerous city in the world, planning to revolutionize media by creating authentic citizen journalism projects, which his agency is currently developing. Juan envisions a new Honduran society where citizens, empowered by their ruling of media and keeping government accountable, ultimately achieve a peaceful return to democracy and civilization.