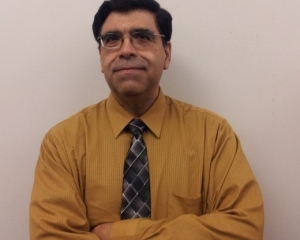 Julian Resendiz was a Bringing Home the World Fellow in 2014.

Julian Resendiz is a veteran Texas journalist working for Al Día, a Spanish newspaper in Dallas, Texas. He was born in Mexico, raised in New Mexico and is a graduate of the University of Texas at El Paso and Florida International University.

He started his career as an intern with The Associated Press and worked for The El Paso (Texas) Herald-Post, a Scripps Howard publication, for 10 years. At the Herald-Post, Resendiz covered the Mexican border at a time when human-rights abuses and government corruption were rampant and the political opposition to the ruling party was gaining strength. He was among the first to report on the serial killings of women in Ciudad Juarez in 1993 and the drug-cartel wars the following years. He has been in charge of local news in newspapers in Ciudad Juarez, in Brownsville, Texas and currently in Dallas, where he spearheads coverage of Latino immigrant communities and issues. He also pursues international reporting projects and in the past three years has participated in special reports on the killing of civilians by the military in Colombia and immigrant deaths along the U.S.-Mexico border.

Project Description: Julian will travel to Chiapas, Mexico to report on how the Indian communities have fared during 20 years of autonomous rule since the Zapatista rebellion of 1994.