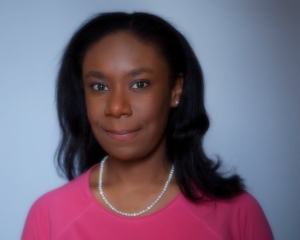 Pierre-Louis was a Bringing Home the World Fellow in 2016.

Kendra Pierre-Louis is a journalist who splits her time between New York City and Somerville, Massachusetts. Her writing, which includes the book “Green Washed: Why We Can't Buy Our Way to a Green Planet,” focuses on science with an emphasis on the relationship between humans and our environment. Pierre-Louis currently works with Inside Climate News and has written articles for numerous publications including The Washington Post, Newsweek, and In These Times. She has a B.A. in Economics from Cornell University, an M.A. in Sustainable Development with a focus on Policy Analysis and Advocacy from the SIT Graduate Institute, and is currently finishing a Master of Science Degree in MIT's Graduate Program in Science Writing. She hopes that the fellowship will enable her to establish the broader links between general environmental degradation and the social choices we make around habitat while also giving her the skills and guidance to make her a more effective international reporter. You can often find Pierre-Louis on an airplane or achieving dramatic feats like living in France without eating butter.

Project: Pierre-Louis seeks to investigate and report on the effects of climate change induced disasters on forced human migrations by contrasting the recent impacts of Cyclone Komen in Myanmar and Typhoon Lando in the Philippines, with the impact of the 2010 floods in Ladakh, India.