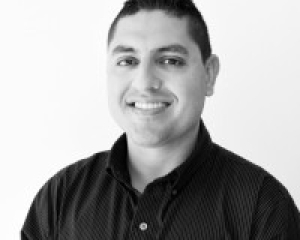 Kenneth Mora is a 2019 Professional Fellow from Latin America with ICFJ.

Kenneth was born in Costa Rica in 1984. He holds degrees in mass communications and digital journalism from University of Guadalajara, México. Kenneth has worked since 2013 in the Technological Institute of Costa Rica (TEC), a public university of science and technology as a journalist for the university media site: Hoy en el TEC.

At TEC, he also works as a digital web specialist and as a professor in the areas of communication, information technology, innovation and the social sciences. Since 2014, he has also been a professional advisor in communications, digital marketing and public relations projects for small and medium companies in Costa Rica and across Central America.

Kenneth is the creator and director of Ciencia506; the first media organization in Costa Rica dedicated to science and technology. In addition, he has been a speaker at numerous conferences in Spain, Italy and El Salvador. Also, he has participated in special media events in China, Italy and Costa Rica.