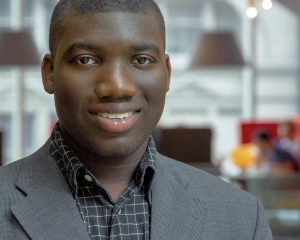 A native of Baltimore, Maryland, Korey Matthews graduated from the School of Global Journalism and Communication (SGJC) at Morgan State University in May of 2018, with a degree in multimedia journalism. SGJC provided him the chance to work in various parts of student media, such as BEAR TV, The MSU Spokesman student newspaper, and WEAA 88.9 FM. Under the direction of Professor Tim Reid, he had the opportunity to create and direct his first short film, and the chance to go to Paris to help film a documentary for the school. Professionally, Matthews has worked for several different media organizations, such as Bloomberg News, the Ryan Seacrest Foundation, SiriusXM Radio, and Soledad O'Brien's Starfish Media Group.