Back In The Newsroom

An incubator for young journalistic talent, the Back in the Newsroom program aims to improve newsroom diversity through partnerships with historically black colleges and universities (HBCUs). In an era of complex issues such as racial and ethnic identity, policing of minority communities, terrorism and immigration, newsrooms need diverse voices to provide rich, contextual reporting for their audiences. Student interns from Morgan State University’s School of Global Journalism and Communication spend weeks working at the International Journalists’ Network (IJNet), ICFJ's online community of journalists that reaches more than 165,000 media professionals globally every month.

This year, we welcomed Donethe Cyprien, a recent graduate of Morgan State University, for a 10-week paid internship with IJNet working remotely. Cyprien managed IJNet’s social media accounts, launched creative engagement campaigns on Instagram, wrote stories for publication and contributed a podcast episode that she booked, recorded and edited. Through the program she learned how to find stories on social media, incorporate crowd-sourced data in reporting and use social media to build an audience.

In 2019, ICFJ selected Korey Matthews from Morgan State University. He spent three months at a paid internship with IJNet in their Washington office, where he wrote stories, managed online engagement, produced videos and launched their first podcast. Through the program he learned how to leverage products such as Snapchat and Instagram, and gained more knowledge of how news is produced in the digital age. He will be attending the Craig Newmark Graduate School of Journalism at the City University of New York in the fall to pursue a master's in journalism.

In 2017, ICFJ selected Terrance Smith, from Morgan State to receive a prestigious, paid internship based at Gannett’s headquarters in McLean, VA. Smith spent 10 weeks at USA Today, where he had hands-on experience working in multimedia and using other digital technologies to cover topics that affect local communities. His exposure to a top, national newsroom also helped to bolster his editorial skills and broaden his understanding of how news is produced in the digital era. He now works as a desk assistant at NBC News.

In its first two years, the program placed 11 journalism professors from historically black colleges and universities (HBCUs) in cutting-edge newsrooms for the summer. This gave them first-hand exposure to the latest thinking on content creation and delivery – information and skills they are using to revise their curricula and teaching methods to help students get internships and jobs. Click these links to learn more about the 2014 program and the 2015 program.

Key partners include the Gannett Foundation. 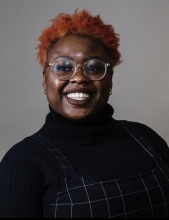 Born and raised in Silver Spring, MD, Donethe Cyprien graduated from the School of Global Journalism at Morgan State University in May 2020 with a degree in Multi-Platform Production.

During her time at Morgan she wore many hats, including visuals editor of the MSU Spokesman, Producer for MSU BearTV, Vice President and later President of the MSU chapter of NABJ. She was also a part of the first cohort of the WSJ and SGJC business fellowship program. Cyprien also interned at CBS News DC bureau. 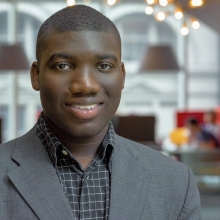 A native of Baltimore, Maryland, Korey Matthews graduated from the School of Global Journalism and Communication (SGJC) at Morgan State University in May of 2018, with a degree in multimedia journalism. SGJC provided him the chance to work in various parts of student media, such as BEAR TV, The MSU Spokesman student newspaper, and WEAA 88.9 FM. Under the direction of Professor Tim Reid, he had the opportunity to create and direct his first short film,and the chance to go to Paris to help film a documentary for the school. Professionally, Matthews has worked for several different media organizations, such as Bloomberg News,the Ryan Seacrest Foundation, SiriusXM Radio and Soledad O'Brien's Starfish Media Group. 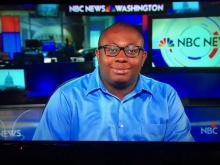 From Hyattsville, MD, Terrance Smith graduated from Morgan State University in Baltimore. He majored in Journalism. Smith was involved in the "The MSU Spokesman," Morgan State’s student-run newspaper. He wrote music reviews, and reported on events on MSU’s campus. Smith also was involved in Morgan State’s National Association of Black Journalists chapter, where he served as president and formerly was secretary. Smith also interned at the Baltimore Afro-American Newspaper. 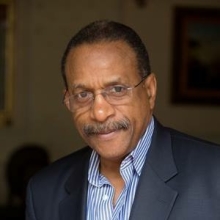 Ronald A. Taylor is a seasoned journalist who was born and raised in Washington, D.C.. He is the oldest of the three children of a Veterans Administration file clerk and a Naval Weapons Plant shipping clerk who also drove a taxicab in D.C. His journalism career dates from 1968 and includes reporting for The Washington Post, The Atlanta Constitution, Diverse Issues in Higher Education, and Bloomberg BNA. He also did copy editing for Bloomberg BNA and the AFRO American Newspapers in Baltimore. Taylor is a guest lecturer in journalism and a student adviser at Morgan State University. He attended Morehouse College. He is married to Pennie Taylor and is a father and grandfather.

Back In The Newsroom