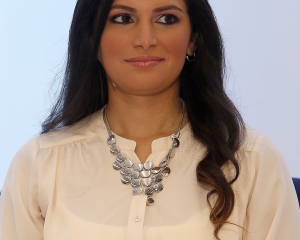 Maria Cristina Ramirez has been a Political Journalist at La Prensa for the past three years. She covered Panama’s 2014 Presidential elections, was involved in the launch of the website dedicated to coverage of this election (Ruta 2014), and co-hosted the first debate of the candidate’s wives. During this time, Maria Cristina also produced a weekly political radio show, called Circuito 0-0, which provided political analysis for young people during the electoral period. She has worked as a freelance analyst for Radio Panama and covered the 2015 Americas Summit, where she interviewed the President of Ecuador and Foreign Minister of Cuba. Maria Cristina holds a post-graduate degree in Human Rights legislation from Universidad Complutense de Madrid and is now finishing a Master's degree in Latin American Politics from University College London.