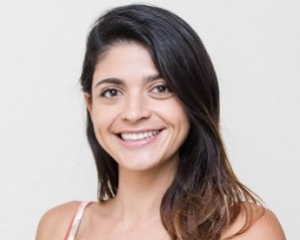 Maria Fernanda Cruz Chaves is a 2018 Professional Fellow from Latin America with ICFJ.

María is the editor-in-chief of La Voz de Guanacaste, a local and alt-monthly newspaper located on the Pacific coast of Costa Rica. Along with a group of talented journalists and communicators, she has developed in-depth investigations on issues related to water scarcity, local government corruption, refugees and how big companies use tax havens to hide their profits from the government. For this last investigation, she was among more than 300 journalists who dug into the Panama Papers and Paradise Papers databases.

She started her career in 2010 working for the biggest media group in Costa Rica where she reported about international, national and cultural issues. She also wrote for a women-focused magazine where she investigated deep gender-equality stories for almost three years, and for a financial newspaper where she developed her skills in politics, economic and data journalism. She is passionate about how local media survive when producing strong and independent journalism stories.