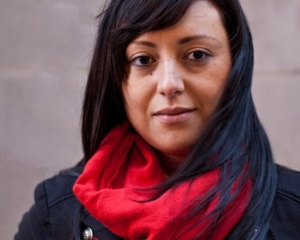 Maria Zamudio was a Bringing Home the World/Social Justice Fellow in 2014.

Maria Zamudio is an award-winning investigative journalist with The Commercial Appeal and was formerly with Chicago Reporter Magazine. Before joining the Reporter, Maria spent three years in California working for daily newspapers. She’s a bilingual reporter and blogger with experience producing radio stories. She has been awarded many prestigious fellowships, including the 2013 NY Times fellowship, 2012 Justice in Journalism fellowship among others. Her work has appeared in National Public Radio, NBC 5 Chicago, Telemundo, Univision among others.

Project: Her story will be about the sexual exploitation Central American migrant women face in Mexico while traveling North to the United States.