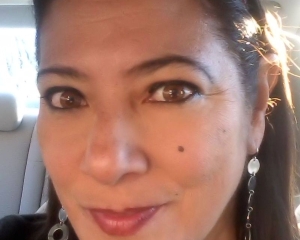 Marie Villa began her career at Hawaii Hispanic News, the only Hispanic newspaper in Hawaii. She worked her way up from reporter to editor and finally senior editor. During her nine years there, she reported on local, national and international Hispanic issues. She edited articles and also designed the paperâ€™s layout. During her tenure there, a major milestone was the opportunity to get a White House Press Pass and interview First Lady Michelle Obama at a press conference.

Besides print media, Villa also worked as a radio news producer for weekly Hispanic news segments on Hawaii Public Radio. The news segments were entitled, â€œThis Week in the Hispanic Nationâ€ and ran for six years.

Villa got more involved in the Hispanic community in Hawaii when she co-founded and became president of the Latin Business Hawaii Chamber of Commerce (LBH). She helped to create the first-ever "Keiki-to-College" (low-income Hispanic preschool kids and college students) Scholarship Fund.

She earned her Bachelorâ€™s degree at the State University of New York (SUNY) Oswego in Broadcasting and Mass Communications in 2011. While at university, Villa also worked as a news producer and assignment director for 30 news reporters at WTOP Channel 10 in Oswego, NY. She was a video producer at SUNY Oswegoâ€™s public affairs office, a reporter at the Oswegonian, and had a weekly radio show called Latin Beat.

While attending school, she worked at the Paradise Yellow Pages, and then at Pacific Business News, a subsidiary of the Wall Street Journal. In 2009, Villa was recruited by the U.S. Census Bureau to leverage her position as Hawaii Hispanic News editor to become the Hispanic community spokesperson in the state of Hawaii. Villa researched and developed speaking opportunities by establishing partnerships with organizations throughout the state in both private and public sectors.

The skills and experiences Villa has accumulating have culminated in her appointment as a journalism instructor and the news media advisor at St. John Fisher College, in Rochester, NY. She teaches news writing for print, television and radio; newspaper design; videography; developing and editing news packages; magazine design; magazine feature writing; photography; and interviewing skills.

Villa is bilingual in Spanish and English. She has been a lecturer at Leeward Community College; instructor for Small Business Administration workshops; and an instructor for teenage AIDS/HIV prevention courses for the Hispanic Center of Hawaii.