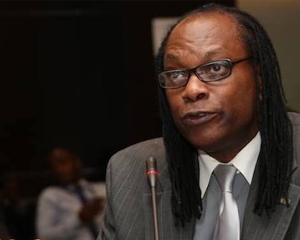 As a Knight Fellow, he helped African television stations manage the complex transition from analog to digital transmission, conducting training sessions and connecting African TV executives with experts from the Federal Communications Commission in Washington. Beal also produced a guide for African station owners and operators with tips on managing the migration from analog to digital, which allows television stations throughout the region to expand their reach to millions of additional viewers.

During his fellowship, Beal was embedded as a consultant to the African Media Initiative, a Nairobi-based organization of African media owners and operators. From that base, he also organized international mentors for newspapers across Africa, linking experts at the World Association of Newspapers (WAN-IFRI) with managers at independent dailies in several countries. He worked with WAN mentors to assist the newspapers with plans for newsroom reorganization and convergence to facilitate better coordination among print, broadcast and online operations. He also organized financial management workshops for finance officers of media organizations.

Before becoming an ICFJ Knight Fellow in 2011, Beal was a media owner in the United States for more than a decade.