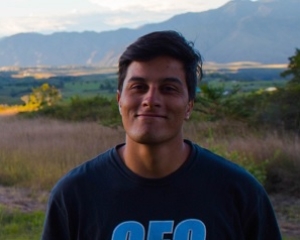 Miguel Salazar was a Bringing Home the World Fellow in 2018.

Miguel is a freelance reporter based in New York City. He mainly writes about Latin American politics and Latinx culture. He's worked as a news reporter for Colombia Reports and as a fact checker for The Nation and New York Magazine. He also was a research associate for the Council on Hemispheric Affairs, where he shared his research with policy teams at the Senate Foreign Relations Committee. Miguel's stories have appeared in The Nation, Remezcla, and the Latin America News Dispatch, among other outlets.

Project: Miguel will report on domestic abuse in Colombia during the FIFA World Cup, looking into the social impact of soccer and how sports can affect conceptions of masculinity among fans.

Soccer and Domestic Violence: When the Beautiful Game Turns Ugly