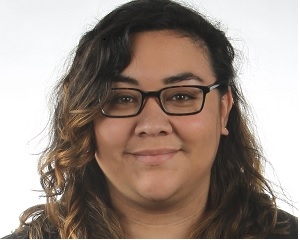 Nadia Tamez-Robledo was a Bringing Home the World Fellow in 2015.

Nadia Tamez-Robledo is a South Texas border native who reports on education, immigration and the intersection of the two for The Corpus Christi Caller-Times. She has garnered awards for reporting on the impact of and response to migrant deaths in Brooks County as well as growth in the Coastal Bend. Tamez-Robledo is also a 2014 ICFJ-United Nations Foundation Climate Change Journalism fellow. Originally from San Benito, she earned her journalism degree from the University of Texas-Pan American before moving to Corpus Christi.

Project: Nadia will travel to Mexico to learn about the daily lives and long term plans of people who grew up undocumented in the United States and recently were deported, potentially with little to no family, resources or language skills. She also will examine the evolving strategy of attorneys representing Latin American citizens applying for political asylum.