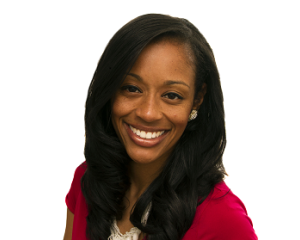 Nicole Ferguson Carr was a Bringing Home the World Fellow in 2012.

Nicole Ferguson Carr is a reporter for Fox affiliate WGHP in Greensboro, N.C. Her work has taken her from the North Carolina coast to the state's Piedmont, and off to Nashville's top-rated CBS affiliate, WTVF. Ferguson graduated from Winston-Salem State University (WSSU) where she majored in mass communications. She went on to earn a master's degree in broadcast journalism from Syracuse University. Ferguson has also served as an adjunct communications professor at WSSU and several other NC colleges. She also serves on WSSU's Board of Visitors and is an active member of the National Association of Black Journalists.

Nicole explored import/export links between North Carolina and China. She went to Bejing and found that retailers are importing furniture made in the state, and as well as importing produce grown by N.C. farmers.