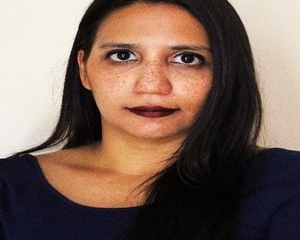 Nincy Perdomo is a 2019 Professional Fellow from Latin America with ICFJ.

Nincy is the Director of the Research Unit at El Pulso (elpulso.hn), where she covers politics with an emphasis on Congress and political parties, gender and women’s issues and social movements.

After obtaining a bachelor's degree in communications and advertising from UNITEC Honduras, she began her career as a journalist in Diario El Heraldo as a multimedia producer in general news and the online program ‘Tierra Adentro’. Shortly after, she went on to become a stringer for the Agence France Presse (AFP) and to work as an independent video journalist and photographer for national and international news outlets, such as McClatchy.

Nincy participated in the TechCamp CDMX in 2017 and became a fellow of the Adelante program from the International Women’s Media Foundation (IWMF) on February 2018. She was also a part of the event ‘Política Poderosa Triángulo Norte’ organized by Chicas Poderosas and Internews.