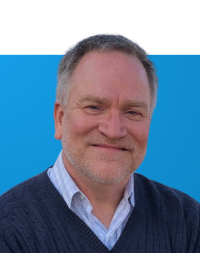 My work with ICFJ began in 1999, when I was an ICFJ Knight Fellow in Nicaragua. There I saw the passion of journalists who did great work in conditions that made the complaints of me and my U.S. colleagues seem so meaningless. I was hooked on this work, and when I returned to the United States, I was thrilled to be able to join ICFJ full time. Working at this organization combines my belief in the vital role of journalism in changing societies for the better with my love of travel and meeting people of different cultures.

My background: Before joining ICFJ, I was a journalist for about 15 years at different U.S. newspapers, from The State in South Carolina to The St. Louis Post-Dispatch in Missouri to the San Jose Mercury News in California. As a reporter, I covered everything from city government to courts to natural disasters, and I produced in-depth projects on Mexican migration to the South, the challenges of Black farmers struggling to hold on to their land and endless battles over symbols of the Confederacy. Reporting trips to Latin America and Africa awakened my desire for international work and led me to ICFJ.

At ICFJ, I began as a program director and eventually became vice president of programs. I have overseen programs on five continents, on issues ranging from investigative journalism to media sustainability to combatting disinformation. In early 2020, I took on a new challenge: creating a department that we call Content and Community. This department brings together our existing communications and IJNet teams -- presenting ICFJ’s stories to the world and providing invaluable resources to journalists everywhere -- and a new team dedicated to serving our global community.

I have bachelor’s degrees in journalism and Spanish from the University of Missouri, and I am fluent in Spanish. I still plan to get a masters degree someday.

Ask me about: Journalism ethics, media in countries from Argentina to Kenya to China, hiking and camping around the world, gardening at home, photography, books and movies