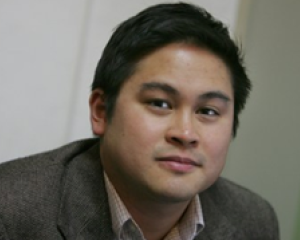 Philip Marcelo was a Bringing Home the World Fellow in 2013.

Philip Marcelo is a politics and government reporter for The Providence Journal, assigned to a bureau in the Rhode Island capitol building. His focus is the governor’s office, state legislature and state government, but I also cover the congressional delegation and federal budget issues from time to time. Prior to the State House, he was the Providence City Hall reporter and before that I worked in a few of the Journal's regional news bureaus.

Philip took an on-the-ground look at Liberia ten years after the 2003 end to the country’s civil war, with a focus on the work Rhode Islanders are doing to help rebuild the country.