The Center for Investigative Reporting
@rachael_bale 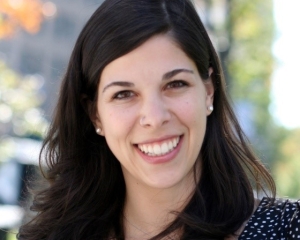 Rachael Bale was a Bringing Home the World/Social Justice Fellow in 2014.

Rachael Bale is a reporter and researcher at The Center for Investigative Reporting, a nonprofit investigative journalism organization in the Bay Area, where she covers issues ranging from immigration to adults with developmental disabilities. She occasionally freelances for KQED, San Francisco's NPR affiliate, and she previously worked at the Center for Public Integrity, another investigative journalism nonprofit in Washington, D.C., where she covered campaign finance in the 2012 election. A California native, she has a bachelor's degree in political science from Reed College and a master's degree in journalism from American University.

Project: Mongolia is the world’s fastest growing economy, and it is home to some of the world’s biggest untapped deposits of copper and coal. The development of mines, over the next five year, driven in large part by foreign companies, could turn the country known as “Minegolia” into an economic powerhouse, and in the process, it could destroy the traditional nomadic life and devastate the environment.  North American mining companies in Mongolia have made many promises to protect and preserve, but anecdotes and audits suggest these companies are not following through. She plans to explore how the development of one particular mine, Oyu Tolgoi, has contributed to contributing to water scarcity, desertification of the landscape, and the disintegration of the nomadic culture in the Gobi Desert.