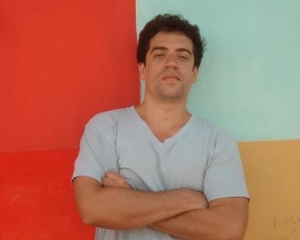 Raymond Downs was a Bringing Home the World Fellow in 2015.

Raymond Downs is a staff writer at the Broward/Palm Beach New Times, a Miami-based alt-weekly where he works on investigative pieces about the strange world of South Florida. Before that, he was a staff writer at the Riverfront Times in St. Louis where he covered a wide range of stories, including the Ferguson protests, and won a Missouri Press award for breaking the story of Jeff Mizanskey, who has served more than 20 years of a life without parole for marijuana-only convictions under a unique state law. His online work has appeared in VICE, The Atlantic, and other news websites. He studied Philosophy at Brooklyn College and is originally from Buffalo, NY.