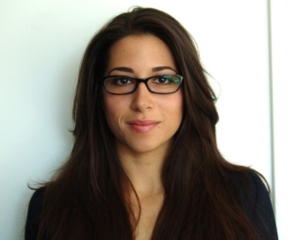 Rebecca Sanchez was a Bringing Home the World Fellow in 2014.

Rebecca Sanchez is the Deputy Editor of Special Reports at GlobalPost. She writes for and edits GlobalPost's human rights blog, RIGHTS, and is the editor for a new commentary series called VOICES, which aims to present the voices and opinions of those who are less frequently heard in the media including women, people of color, sexual minorities, citizens of the developing world and young people. She is a first generation Cuban-American from Miami, Florida and holds an M.S. in Broadcast Journalism from Columbia University's Graduate School of Journalism. She earned her B.A. in Liberal Arts, with a concentration in Anthropology, from Sarah Lawrence College in Bronxville, New York. While at Sarah Lawrence, she spent a semester in Thailand conducting fieldwork for an ethnographic study on the Kingdom's sex tourism industry.

Project Description: Forty percent of pregnancies in Argentina end in abortion, and unsafe abortion is the country’s leading cause of maternal death. But even when the procedure is technically legal — in instances of rape or danger to the woman’s life — the roadblocks to a legal, safe abortion in deeply Catholic Argentina are often insurmountable. This project will look at the intersection of religion, health and human rights to investigate how the merging of law and religion complicate the moral and philosophical questions framing the debate about abortion in the new Pope’s home country — where contraceptives are "hard to come by," and approximately 500,000 women resort to "underground abortions" each year.