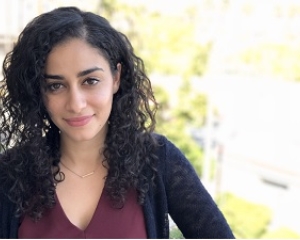 Reema Khrais was a Bringing Home the World Fellow in 2018.

Reema is a general assignment reporter for Marketplace, based in Los Angeles. She covers the economic side of the news with a focus on topics like immigration and tech.

Previously, she covered education policy for WUNC, a public radio station that serves her home state of North Carolina. She started her career as a Joan B. Kroc Fellow at NPR, which involved a three-month stint, reporting at WNYC.

Project: Through character-driven stories, Reema’s project will explore how Syrian refugees – who now make up more than four percent of Turkey’s population at 3.5 million – are integrating into the country’s formal and informal economies. As an Arabic-speaker, Reema hopes to connect with Syrian refugees in Turkey on an intimate level and to share a more nuanced picture of their economic realities.

One Syrian refugee's story: From civil engineer to daycare owner

Young Syrians rethink their future as refugees in Turkey

Then and now: Syrian refugees reflect on their lives