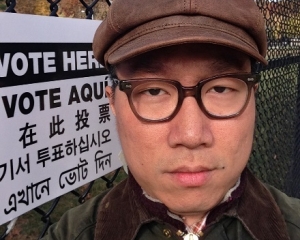 Richard Yeh was a Bringing Home the World Fellow in 2017.

Project: Explore how Taiwan, a democratic Chinese nation, is grappling with changing definitions of family as the country prepares to legalize same-sex marriage.

About: Richard Yeh is a newsroom producer for WNYC, New York Public Radio. His career began at WNYC in 2007, where he was a newsroom intern, staff assistant producer, City Hall producer and reporter. He is now responsible for editorial planning and technical execution of “All Things Considered.” Richard also supervises WNYC’s interns.

Fellowship Goal: Richard says the fellowship will allow him to exercise his long-form storytelling muscles by documenting an extraordinary moment in Taiwan, the country he left when he moved to the United States at age 14. Hear Richard's story here.