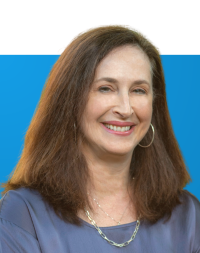 My job is to come up with a winning strategy so that we can fulfill our mission to empower and support our global network of journalists, enabling them to produce work that leads to better governments, economies, societies and lives. I oversee an amazing team. They work hard to develop and lead programs that help journalists and newsrooms report on critical issues, keep up with technological transformation, and find successful business models. The role journalists play in protecting democratic values, combating disinformation, holding officials accountable, and providing lifesaving information has never been more urgent. I firmly believe that journalism -- good journalism -- matters.

My background:  I spent more than 15 years working as a reporter, including more than a decade as an international correspondent. I was based in New Delhi, Jerusalem and Tokyo, and reported from more than a dozen countries. That cemented my appreciation and admiration for the incredible work local reporters do under trying circumstances. That’s one of the reasons I wanted to work at ICFJ.

I joined the organization in 2007, first as digital media director. Eventually, I led our new project development, innovation and impact as ICFJ’s senior vice president of new initiatives. I’ve watched journalism and ICFJ both change dramatically, and I work hard to both respond to and anticipate those changes. I’ve designed projects ranging from newsroom transformation efforts in India to investigative reporting networks  in Latin America. I spearheaded the creation of our research arm and helped develop ICFJ’s comprehensive response to the COVID-19 pandemic.

Before joining  ICFJ, I  worked at the John S. and James L. Knight Foundation, helping to promote and launch the first News Challenge. That was when I first became fascinated by how digital technology was transforming journalism and the world.

As a journalist, I’ve reported every kind of story imaginable. I covered North Korea’s nuclear ambitions, Hamas’ rise in Gaza, India’s economic reforms and Japanese pop culture. As a media reporter, I covered the rise of Fox News and CNN. I’ve written for The Boston Globe, Newsday, BusinessWeek, Bloomberg, Forbes, The New Republic and U.S. News & World Report, among others. I also produced radio documentaries and essays for NPR, KQED, BBC and CBC.

I’m a proud member of the board of directors of the News Product Alliance, and the board of advisors for the Howard Center for Investigative Reporting at the University of Maryland.

Ask me about: Citizen journalism and audience engagement, all things India, raising a Gen Z’er, the joys of living with cats and dogs, and my sunflower seed addiction