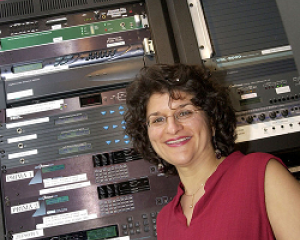 Shirley Jahad was a Bringing Home the World Fellow in 2012.

Shirley Jahad is the host of “Weekend Edition” at 89.3 KPCC in Los Angeles. As the local host of “Weekend Edition” at 89.3 KPCC, Jahad tackles a wide range of issues, from hard-hitting reports on scams involving foreclosure victims to the latest films from up-and-coming directors at the Sundance Film Festival. She has also worked in public radio and public television in Chicago. Her work as a documentary radio producer has won top honors, including the Robert F. Kennedy Award and the national Associated Press Award. She is also honored to be named a Studs Terkel Media Award winner for ongoing coverage of underserved communities.

Shirley Jahad covered the importance of rare earth minerals on modern technology and product manufacturing in China, the United States and Africa. She spent time in Uganda and other East African countries.