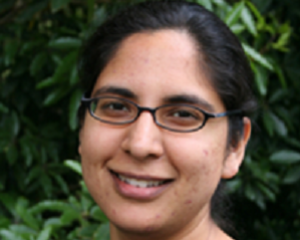 Sonia Narang was a Bringing Home the World Fellow in 2013.

Sonia Narang is a multimedia producer for health and global development at PRI's The World, a co-production of the BBC and WGBH in Boston. Prior to joining The World, Sonia reported and produced video stories across Japan, India, and the U.S. for The New York Times, GlobalPost, PBS NewsHour, Frontline/World, and Time.com. She's reported on the aftermath of the Japan tsunami, the controversy over U.S. military bases in Okinawa, and alternative energy in rural India, among other issues. Sonia has a master’s degree in journalism and documentary film from the University of California at Berkeley, and her stories are online at sonianarang.com.

Sonia reported on the 2009 U.S. Global Health Initiative and its implementation in Nepal. She focused specifically on how the program has affected women’s health issues in the country.