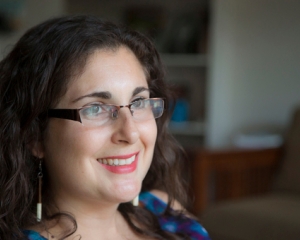 Valeria Fernández was a Bringing Home the World Fellow in 2016.

Valeria Fernández, from Uruguay, is an independent journalist with more than a decade of experience as a bilingual documentary producer and reporter on Arizona’s immigrant community and the U.S.-Mexico borderlands.

Her award-winning, independent reporting has focused on topics ranging from migrant kidnappings to racial profiling. Fernández also contributes to Radio Bilingue, CNN Spanish, Al Jazeera English, and has been published by newsrooms such as The Associated Press. In 2012, she produced the documentary “Two Americans,” which contrasts Maricopa County Sheriff Joe Arpaio and a 9-year-old U.S. citizen trying to stop her parents’ deportation. In 2014, she helped produce the international award winning web documentary “Connected Walls,” about life along the Arizona borderlands. Fernández is proud to be a contributor to the Arizona Center for Investigative Reporting. In 2015, she was a producer and reporter in a team that cast light on the economic and social impacts of a mine spill in Northern Mexico that broadcast in PBS, San Diego. The multi-media project won Arizona Press Club recognition for environmental reporting. Fernández hopes the International Center for Journalists grant will help her draw connections on the international impact of immigration foreign policies and also offers her the opportunity to get to know a team of talented and motivated journalists.

Project: The project will explore how U.S. funds are used to support the enforcement of immigration in Mexico, and how that connects to the experiences of unaccompanied children's from detention to repatriation through their journey to the northern border with the U.S.