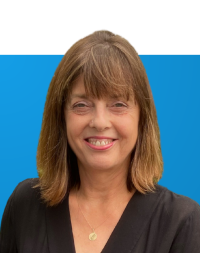 I grew up in communist Albania listening to the BBC on short-wave radio behind tightly closed doors. I went to college in China, at Beijing University, when the dire impact of the Red Guard-led Cultural Revolution was painfully visible. I knew first hand what suppression of free speech and free media can do to a people and society. When I moved to the U.S. in the late nineties, I wanted to find a way to give back not only to my country but to all those who wanted their voices to be heard. I found that at ICFJ.

Background: I sometimes wonder: How is it possible that I have been at ICFJ for well over 20 years? When I look back the answer becomes clear. From day one, I loved what I did at ICFJ. I began as deputy director of our flagship program, the Knight International Journalism Fellowships, supporting fledgling news organizations and journalists in new democracies. I soon became senior program director, leading cross-border investigative reporting programs in Eastern Europe, working with young intrepid journalists who have become leading investigative reporters uncovering abuse and corruption worldwide. I traveled to the farthest corners of the Far East - East Timor - to support journalists establish their first independent media. This was all more than awesome.

I never thought I would get into fundraising -- but how could I not when I was asked to raise support for the work that I loved. Since becoming the vice president of development, I have poured my heart and soul into expanding our reach and raising ICFJ’s visibility through annual campaigns, events and our Tribute to Journalists. I am fortunate to work closely with our amazing Board of Directors, supporting their efforts on ICFJ’s behalf. I never dreamt I would get to do all this when I struggled to tune in to the BBC 30 some years ago.

I first came to the U.S. as a Hubert Humphrey Fellow at Boston University in the early 90s. Upon returning to Albania, I launched and led the regional branch of  Solon Foundation supporting education. The very beginnings of my career were in book publishing, as a translator and editor, when I could get my hands on forbidden books like George Orwell’s “1984.”

Ask me about: Traveling, books to read, cooking and Cold War movies

Talk to me in: Albanian, Chinese, French, English