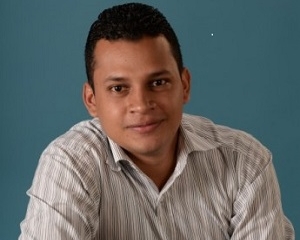 Vladimir Vásquez was a 2016 Professional Fellow from Latin America with ICFJ.

Vladimir Vásquez is 30 years old and was born in Moscow, Russía. He lived 19 years in Bluefields, a small city in the South Coast of Nicaragua and came to study journalism in Managua when he was 19 years old. He started to work in journalism when he was 20 years old as an international news journalist for the former Telenica Canal 8 of Nicaragua. After that he worked for Canal 12 and later in 2012, he came to La Prensa where he started to work as a journalist covering energy topics. A year after that he was promoted to work for Domingo Magazine, a weekly publication where they conduct interviews and write reports. As of September 2015, he is the editor of Domingo where he works with a group of three young people who love journalism.