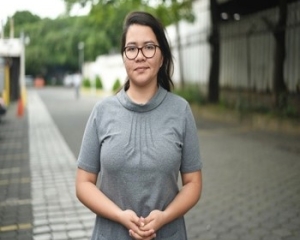 Yubelka Mendoza Gonzalez is a 2019 Professional Fellow from Latin America with ICFJ.

Yubelka was born in Managua, Nicaragua. She studied social communications at Universidad Centroamericana in Managua.

During her time in school, she interned at Confidencial, a magazine focus on politics and the economy. While still in college, she started working as a reporter at La Prensa, the largest independent newspaper in her country. She is currently working there as the website editor.

Yubelka has also participated in international workshops such as the Thomson Reuters Foundation’s workshop about slavery, human trafficking and migration. She has also attended workshops about investigations with Open Sources, offered by Bellingcat. She is interested in social topics such as violence and corruption as well as science and technology.