From Brazil’s “crack-baby” epidemic to a mobile-phone app that is saving the lives of pregnant women in Cameroon, the entries that won the International Center for Journalists’ (ICFJ) 2015 Global Health Reporting Contest illuminate the complex challenges facing communities and health-care providers around the world.

More than 150 journalists submitted stories for the contest, which is sponsored by Johnson & Johnson. The six winners will participate in a 10-day study tour of the United States this fall. They will meet leading global health experts in Washington, D.C., Atlanta and New York. While in New York, they will be honored at an Awards Dinner featuring a discussion on emerging health issues. Each winner also will receive a $1,000 cash prize. 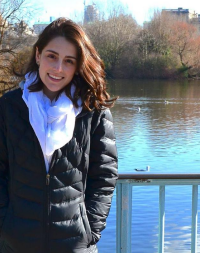 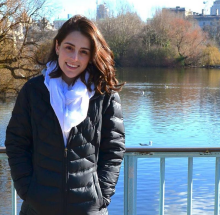 Maria Clara Vieira’s story, "A New Beginning for Children of Crack," shines a light on a growing problem in Brazil: the link between crack-cocaine addiction and an increase in the number of addicted children put up for adoption. Vieira is a reporter for Revista Crescer, the biggest parenting magazine in Brazil. Read her story in the original Portuguese here. 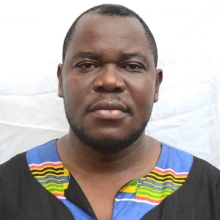 John Mbah Akuroh’s report, “An SMS Away”, introduces a mobile-phone app that pregnant women in distress use to alert health-care workers. The app allows them to send a text message to doctors and, at the same time, shows ambulance drivers the patient’s location on a map. Akuroh is a senior journalist at the Cameroon Radio Television (CRTV) and executive publisher of Timescape Magazine, a news-analysis publication. 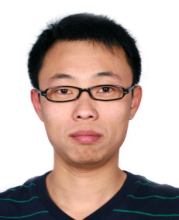 Shengke Gao’s two-month investigation, "Lantigen Vaccine Scandal Exposed Management Loophole," focuses on an imported drug that was improperly given to children in China as a vaccine. He exposes a threat to public health and a health-care system compromised by corruption. Gao is a senior correspondent at Caijing, a leading investigative journal in China. Read the story in the original Chinese here. 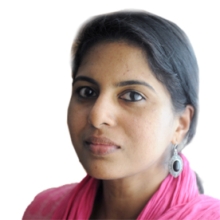 Mini P. Thomas’ story, "The Cut and the Hurt," sheds light on the rarely discussed physical and emotional travails of women forced to undergo genital mutilation, a traditional practice among some Shia groups in both the Indian countryside and cities. Thomas is a senior correspondent for The Week, one of India’s leading general interest magazines. 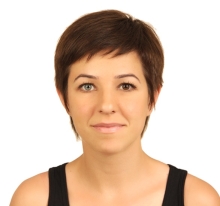 Olga Efimkina’s story, "Awaiting a miracle: Teenagers are looking for foster family for themselves and their child," looks at two teenagers who found love and tried to build a family in a Russian orphanage – and then battled a system that tried to put their baby up for adoption. Efimkina has worked as a journalist for newspapers including Komsomolskaya Pravda-Smolensk and Argumenty i Facty. She recently joined the communications team of Investment Corporation of Smolensk Region. Read her original story in Russian for Аргументы и Факты-Смоленск here.

Maïmouna Gueye submitted a series of stories that focus on the high rate of teenage pregnancy in southern Senegal and among refugees in Dakar. Gueye describes conditions that make teens and pre-teens vulnerable to unprotected sex: extreme poverty, cultural acceptance of premarital childbirth, and the failure of adults to explain the consequences of early pregnancy. Gueye is editor-in-chief of the national Daily Le Soleil in Dakar, Senegal.