The Johnson & Johnson Global Health Reporting Contest, one of ICFJ’s flagship programs, increases the quality and quantity of health coverage on four continents by offering journalists specialized training and access to leading experts.

The U.S.-Pakistan Professional Partnership in Journalism program builds lasting connections between Pakistani journalists and their U.S. counterparts, with the goal of raising understanding in media organizations and among their audiences about each other’s countries. 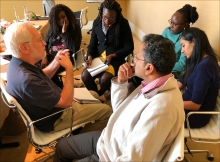 ICFJ has partnered with CRDF Global, on behalf of the U.S. Department of State, to provide journalists with the skills and strategies to properly identify and counter disinformation around health security issues.

Stemming the Tide of Intolerance: A Network of South Asian Journalists to Promote Religious Freedom 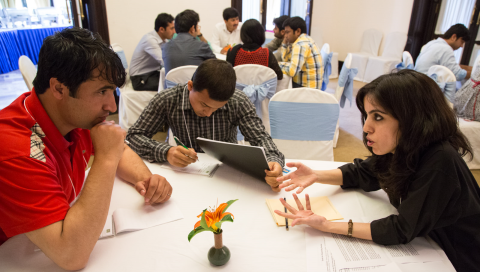 South Asia has a vibrant media landscape; however, coverage of religion is often limited and only explored within the framework of major political events. Journalists are regularly censored by the government and often targeted by extremist and secularist groups for their work, preventing them from shining a light on issues affecting religious 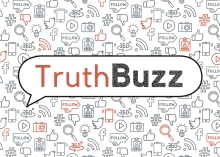 TruthBuzz recruited five full-time Fellows to work in newsrooms in some of the most populous nations: Brazil, India, Indonesia, Nigeria and the United States. The Fellows will help reporters adopt compelling storytelling methods that improve the reach and impact of fact-checking and help “inoculate” audiences against false or misleading information.
Program Dates
04/02/16 - 04/26/16
Country/Region
South Asia

Workshop in Hyderabad for Bloggers on Global Issues and Challenges

The International Center for Journalists (ICFJ), with the support from the U.S. Consulate General in Hyderabad, India, hosted the “Workshop for Bloggers on Global Issues and Challenges,” in January 2015. The program was offered to support media professionals and bloggers in the dynamic locale of Hyderabad to illustrate the impact of international issues on the daily lives of their local readership and India’s broader development objectives. ICFJ’s partner in Hyderabad was the Administrative Staff College of India (ASCI).

The International Center for Journalists (ICFJ) has partnered with the University of the Punjab in Lahore on a new hands-on program designed for Pakistani media leaders. 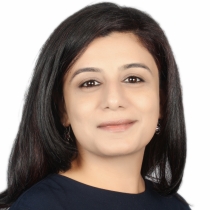 We are helping journalists in India comprehensively cover gender, not out of obligation, but as a core concern.