Last night, at ICFJ’s Tribute to Journalists 2021, we celebrated outstanding colleagues who produce stellar work in the public interest even as the landscape for truth tellers becomes more perilous around the world.

Our extraordinary master of ceremonies, CNN’s Wolf Blitzer, led us through an inspiring virtual program where we heard from honorees, as well as other journalists who are part of ICFJ’s vast network.

Among the evening’s highlights: 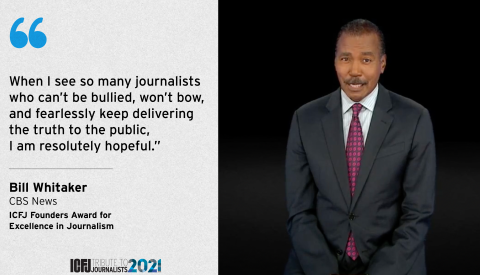 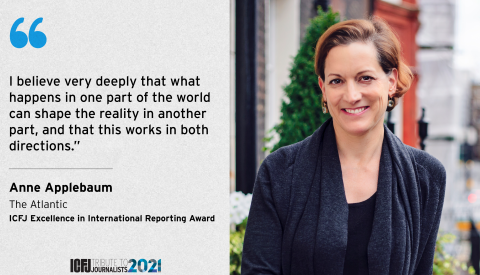 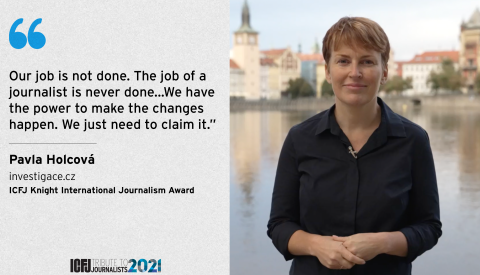 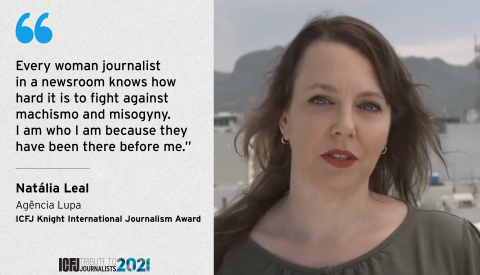 The show featured drawings by New Yorker cartoonist Liza Donnelly and an auction of stunning photos sponsored by National Geographic. The magazine donated 24 photos showcasing innovations in visual storytelling from drones to smartphones.

We are deeply grateful to all our sponsors and supporters, to everyone who made a donation or purchased a photo. Your contributions support ICFJ programs that empower our global network of journalists. And it is not too late to donate! Our work is more needed than ever, so please consider making a contribution today.

Thank you for joining us for this special tribute to outstanding journalists.