Investigative Reporters in Africa Triumph Despite Budget Cuts and Threats 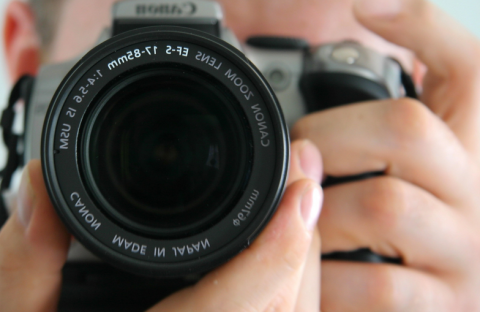 A boom in investigative journalism in South Africa seems to be winding down as media houses slash budgets to balance their books to continue to pay dividends to shareholders.

In recent years, all the country's big media houses set up investigation units staffed by senior journalists who had the resources and time to mount major investigations. These entries for the prestigious Taco Kuiper Investigative Award are a testimony of the quality of work that is still being produced.

"South Africa has had something of a golden era in investigative reporting, with as many as four teams at different institutions dedicated to it," said Professor Anton Harber, head of the journalism department at the University of the Witwatersrand in Johannesburg.

"I am sorry to say that some of these teams have been dismantled in recent months due to financial pressures, so I fear this trend - the most productive we have ever had in this country - is slowing down."

But it was not all doom and gloom, he said, adding: "Across Africa, there are pockets of excellent work being done, mostly driven by dedicated and brave individuals."

Harber was speaking after the 10th Power Reporting conference wrapped up at his university recently. "Power Reporting started as a small, local conference a decade ago, and has grown to be the focal point of the African investigative journalism community and the continental arm of the Global Investigative Journalism Network," said Harber.

The conference has always had three elements: skills training to ensure people are exposed to the new tools of investigation, highlighting interesting work being done across Africa, and encouraging cross-border cooperation. It offers a packed three-day program of hands-on workshops, great networking opportunities and presentations by local and foreign journalists about investigative stories they have done.

Among them this year was Jonathan Calvert, the head of the London Sunday Times' award-winning Insight team, who went undercover with colleague Heidi Blake to expose widespread corruption at FIFA. A major breakthrough in their investigation came when a source handed over thousands of FIFA documents, including receipts, records of payments and internal documents.

But the quantity of documents was so huge that they had to turn to data experts to help extract and analyze the information, Calvert said. "We spent weeks working in secret outside the office. We disappeared for weeks and people wondered what had happened to us."

Journalist Edouard Perrin held delegates spellbound as he walked them through his LuxLeaks investigation which exposed how the tax haven of Luxembourg assisted the world's biggest brands to avoid paying tax. After gaining unprecedented access to secret tax agreements, Perrin spent three years unraveling how giant multinationals were cashing in on the shadowy multibillion dollar "tax avoidance industry."

Investigative reporting can be dangerous and sometimes come at a high price for journalists. Swaziland editor Bheki Makhubu, for instance, was jailed for a series of articles he wrote about Swaziland's judiciary and its chief justice.

Makhubu delivered the annual Carlos Cardoso Memorial Lecture as part of the Power Reporting conference. The lecture honors a fearless investigative journalist who relentlessly exposed corruption in Mozambique and paid for it with his life. Makhubu was jailed with human rights lawyer Thulani Maseko in 2014. They had served 15 months when a court ordered their release in June this year.

"Am I afraid to write what I believe to be right? No, I am not. I now hold the view and believe very strongly that truth is the real liberator against tyranny … I will continue to speak truth to power," he said.

The conference ended on a high note when Harber announced during the closing ceremony that the Global Investigative Journalism Conference would be held in Johannesburg in 2017.

'Many of our colleagues do incredible work under very difficult circumstances, and this conference – which will bring about 1,000 of the world's best reporters to Africa for the first time – is a great opportunity to highlight this work and give support and encouragement," Harber said.

Key Quotes: Six Months After the First COVID-19 Outbreak, What Do We Know About the Virus?

During the pandemic, research has pointed to the likelihood that aerosols—made up of tiny droplets of water even smaller than those from a cough—may carry SARS-CoV-2, the novel coronavirus that causes COVID-19. Because aerosols can linger in the air in enclosed spaces, this research has important implications for prevention. But until July 7, the World Health Organization had declined to acknowledge that aerosol-borne particles could transmit the virus.

Sixty press freedom groups and civil society organizations, journalism institutions, filmmakers, and other supporters have formed a coalition in support of Maria Ressa and independent media in the Philippines, united around the call to #HoldTheLine.

The Global Business Journalism program celebrated its 2020 commencement on June 21, undeterred by a global coronavirus pandemic that prevented most international students from returning to campus for the spring semester.