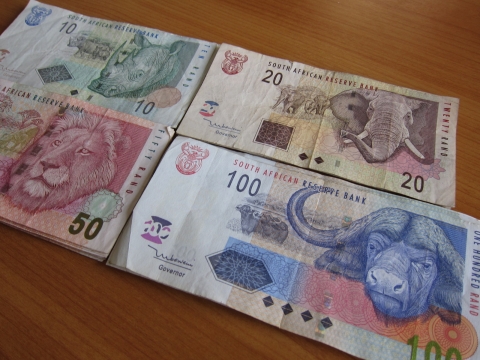 Ordinary people often struggle to get their heads around a country's budget, and they fail to understand what the government is doing with the hard-earned money they pay in taxes.

Code for South Africa set out to address this issue after South Africa's Minister of Finance presented his 2016 budget in Parliament on February 24. The challenge was to present complicated information in a way that was both educational and relevant for individual users.

The result was two tools: Tax Clock and Vote for the Budget. Tax Clock, which was funded by Code for Africa, incorporates the latest tax tables announced in the budget. It allows users to track how much time they spend each day working to pay taxes - and how much they spend working for themselves.

Tax Clock was shared with media house partners that have journalists enrolled in Code for South Africa's new data journalism academy. They were given the clock exclusively to use on their websites for a week, after which it was released as a free embed that anyone could publish.

The second tool, Vote for the Budget, was developed in partnership with the International Budget Partnership (IBP). It went live as soon as the minister began his budget address. The tool gives ordinary people a voice in how their taxes are allocated. It was promoted widely by partner media and through social media and other networks, and was kept live for several days for people to make submissions.

Users were allowed to give their input on which programs should be given the highest and lowest priorities in budget allocations. They could also vote on a "wish list" of projects not included in the budget.

In addition, users were able to generate an email that sent their choices directly to Parliament’s Appropriations Committee, which has a final say on allocations from the budget.

Once submissions were closed, IBP and Code for South Africa summarized all individual submissions and submitted a report to the committee.

"This tool was all about enfranchisement; democracy is not just about voting every five years," said Adi Eyal, director of Code for South Africa. "It is about active engagement and knowing you have a say and the power to help make changes. In this case, there was an appropriations committee that was going to evaluate the budget and they needed input — not just from a select few, but from the whole nation."

It took several weeks of building and developing the content before the tools went live. Partner media houses were provided with embed codes for the tools to test on their sites. A strategy was also formulated for the release and marketing of the tools, with social media playing a key role.

"We succeeded in helping the user understand how these abstract things impact them directly. By focusing on a very specific aspect of a large dataset, we made that aspect approachable, relevant and personal," said Greg Kempe, Code for South Africa’s head of tech.

Check out the Tax Clock below: