On January 20, 2017, political newcomer Donald Trump sent shockwaves across the world when he secured a narrow and unexpected victory that paved his path to the White House. In the months since he took office, President Trump has continued to defy convention both in terms of his domestic and international relationships and especially the traditional relationship between the U.S. leader and the mainstream media. 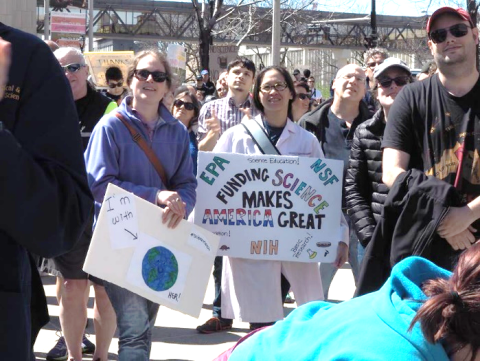 The “Covering the U.S. Presidency Reporting Program” will help visiting journalists report on and illuminate for their audiences the political path taken by President Donald Trump and the reaction of the public in the American heartland to his presidency. In addition to reporting for their own media outlets, the journalists will be able to share with their media hosts an international perspective on the United States a year into President Trump’s tenure. The journalists will be hosted by newsrooms based in the Rust Belt states, which were crucial to Trump’s election as President. Their reporting fellowships will run from January 14-23, 2018.

Before embarking on their reporting assignments, the international reporters will spend three days in an orientation program in Washington, D.C. They will attend training sessions led by political and media experts to deepen their knowledge of the U.S. government’s executive branch and its relationship with the judicial and legislative branches, as well as its relationship with the “fourth estate,” the news media. Session topics covered will include: the economy and trade, immigration, healthcare, and foreign policy. On their last orientation day, the journalists will report on issues related to the Trump administration’s first year in office. The participants will be encouraged to apply lessons learned during their orientation to explore issues of relevance to the American working class.

After their newsroom fellowships, the journalists will return to Washington, D.C., for a two-day reporting trip, which will include a debrief session. This will allow the participants to complement their experience and coverage in Rust Belt states with additional reporting from the country’s capital. During the debrief session, participants will reflect on their experience and engage in a discussion on how they can apply their new skills and knowledge to their coverage of the U.S. and global politics back home.

Applications for this program are closed.