Covering the Fight to Eradicate Malaria: A Fellowship for U.S. and Global Journalists

Malaria kills roughly 584,000 people a year, predominantly children under the age of five, even though it's a treatable and preventable disease. Malaria is the deadliest and costliest disease in human history, and one of the few major global diseases that we can end in our lifetime.

Many governments and foundations are spending millions of dollars to fight malaria, and the result has been historic progress against the disease. Knowledgeable and accurate reporting on the issue is critically important—especially coverage of the urgent threat of malaria drug resistance and the many innovations and challenges surrounding malaria elimination.

With more than half the world's population at risk of infection, malaria presents and alarming threat to global health and development. Asian leaders in particular have embraced the goal of a malaria-free Asia Pacific by 2030 and are now developing the plan to achieve it. 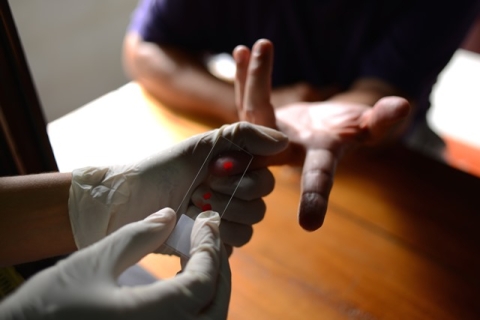 Reducing and eliminating the burden of malaria saves lives and strengthens health systems by enabling them to function more effectively and respond better to emerging threats to health security. Regions that have decreased malaria have seen substantial economic gains, with economic growth more than five times higher than endemic regions. Investing in malaria is one of the best buys in global health.

Recognizing the need to cover this important issue, The International Center for Journalists (ICFJ) and Malaria No More have launched “Covering the Fight to Eradicate Malaria: A Fellowship for U.S. and Global Journalists.”

The program will allow five U.S. journalists and four global journalists (from Africa, Asia and Europe) to travel to Thailand for a five-day study tour focusing on the causes, treatments, prevention and impact of malaria in Asia and around the globe. The dates of this trip will be Nov. 1-7, 2015.

Thailand has been a successful model for the fight against malaria. According to the World Health Organization (WHO), Thailand has experienced a 70 percent decrease in reported malaria cases between 2000 and 2011, from 78,561 cases to 24,897 cases. However, migration, and a rise in drug resistance are challenging the country’s goal to eliminate malaria from 80 percent of the country by 2020 and threaten to undermine progress across the region.

During the tour, participants will conduct site visits to clinics and treatment centers, attend briefings with health officials and disease experts, hear from organizations working to eliminate the disease and meet with local journalists covering the issue. Participants will be expected to produce stories based on the information gathered and contacts made during the tour.

Covering the Fight to Eradicate Malaria: A Fellowship for U.S. and Global Journalists