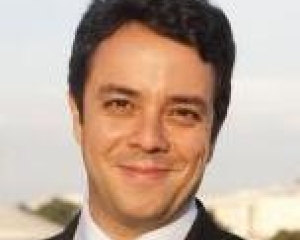 ICFJ Knight Fellow Bruno Garcez helped Brazil’s top media outlets to include multimedia reports from citizen journalists on important issues such as land reform and pollution prior to presidential and general elections in October 2010.

Garcez partnered with ABRAJI, the leading investigative journalism association, and the daily Folha de Sao Paulo to incorporate reports produced by trained citizen journalists. At the start, 20 citizen reporters in Sao Paolo were producing stories and posting them on Mural Brasil, a blog they launched to cover the peripheral areas of Sao Paulo, Brazil.

Garcez also led a public-service journalism course for professional and citizen journalists. The course was modeled after the one James Breiner developed at the Digital Journalism Center at the University of Guadalajara. AT&T gave a $20,000 grant for the course in Brazil. After taking the course, a reporter created a multimedia site that focuses on security in Jundiaí, a town in the state of Sao Paulo.

Garcez, a native of Brazil who worked for the BBC, was writing the first manual on podcasting, online video and interactive mapping in Portuguese