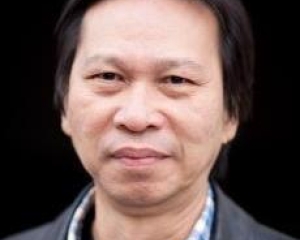 ICFJ Knight Fellow Harry Surjadi recruited and trained more than 150 citizen journalists living in the most-remote areas of Borneo to send news reports via text messaging using the FrontlineSMS system to Ruai TV, a station in the provincial capital. The service also allows subscribers from mainstream media, the government, and activist organizations to receive the news reports. Surjadi expanded the texting service to include RuaiSwara, which uses the mobile news delivery system developed by Knight Fellow Shu Choudhary to take news reports that are phoned in. The trained citizen journalists can use their mobile phones to record and listen to audio reports – and share those reports with mainstream media.

This network now reports regularly on environmental issues such as deforestation, which is endangering their indigenous culture. Responding to one citizen journalist’s report, the government pressured a multinational palm oil processing company to repair roads and property it had damaged and hire local workers.

Through a partnership with the Indigenous Peoples Alliance of the Archipelago (AMAN), Surjadi launched a separate mobile/SMS service based on the Ruai TV pilot that will cover the rest of Indonesia.