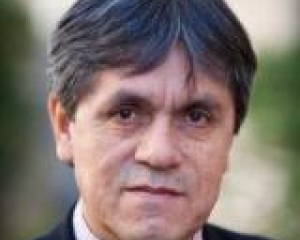 Former ICFJ Knight Fellow Jorge Luis Sierra is an expert on cyber security. As a Knight Fellow, he focused on the intersection of digital security, technology and investigative journalism. During his Knight Fellowship, Sierra developed digital crowd-sourced mapping tools to track crime, corruption and attacks on journalists. He also created applications linked to those maps to help journalists assess their physical and digital risks.

Previously, Sierra directed ICFJ’s Knight Fellowships program. An award-winning Mexican investigative reporter and editor, he covered a range of conflict-related topics such as drug trafficking, organized crime, counterinsurgency and gangs before he joined ICFJ. He also covered the war in Iraq in 2003. Sierra studied international journalism at the University of Southern California; defense policy and economics at the Center for Hemispheric Defense Studies, National Defense University; psychology at the National Autonomous University of Mexico; and creative writing at the School of Writers in Mexico City. He authored the book "The Enemy Inside: Armed Forces and Counterinsurgency in Mexico," and has written chapters in several other books about national security issues.