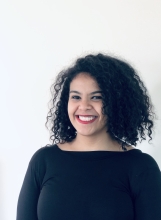 Omnia Al Desoukie is a journalist based in the Middle East. Her work has appeared on multiple international and local online, print and television platforms. She has covered topics ranging from women rights, political turmoil and conflict, to labor rights, media, culture and technology. She has reported from the Middle East, North Africa and South East Asia. Omnia is a trained investigative reporter and has interviewed high profile business and political leaders throughout her career. Through her work, she has learned to involve different stakeholders and engage them to help develop media products. She has also served as a communications consultant for multiple international NGOs who used her expertise in strategizing and implementing their communications plans. She is a graduate of S.I. Newhouse School of Communications, with a focus on the influence of political messaging on behavior.