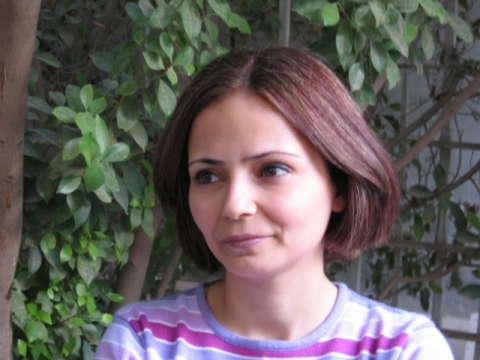 Shadha al-Jubori takes her life in her hands throughout every working day. As head of the BBC’s Arabic-service bureau in Baghdad, she holds a prominent position in the world’s most dangerous city and country for journalists. All face the prospect of being targeted for their coverage, but Iraqi journalists affiliated with Western media are especially at risk. Rising sectarian violence has increased even further the anxiety levels for someone such as al-Jubori, a Shiite living in a Sunni neighborhood.

al-Jubori faces the constant threat of random violence when she reports from the field. Even getting to the location of a story can be fraught with peril; she has missed being caught by roadside bombs on several occasions. Returning home at night is no less an ordeal. The prospect of being targeted by kidnappers or insurgents, and the fear of missing road signs or not hearing orders shouted by U.S. and Iraqi troops – who can respond lethally to unheeding drivers – has frequently meant overnight stays in the BBC bureau.

al-Jubori began her journalistic career a mere seven years ago as a translator at Baghdad’s only English-language paper, The Baghdad Observer. She worked her way up at the paper to edit a page on stories about Iraqi history and antiquities. In 2003, she joined Al–Sabah, part of the Iraqi Media Network established by the Coalition Provisional Authority. She worked as a reporter, covering the Green Zone. Her stories on the activities and policies of U.S. officials and the Interim Governing Council regularly made the front page. She joined the BBC in 2004 and continued her quick climb up the ranks, being appointed head of the Arabic-service team in December 2005.

As a reporter for the Beeb, al-Jubori has covered the Abu Ghraib prisoner-abuse scandal, the appointment of Iraq’s first post-Saddam elected government and – in the company of military or police units – the insurgencies in Baghdad’s Sadr City and in Najaf. She scooped the naming of Ghazi al-Yawar as first interim Iraqi state president in 2004.

al-Jubori is constantly urged to leave Iraq. Friends and family warn her that she could be killed for being a journalist, working for a British media outlet, being a Shiite, traveling at night, wearing jeans but not a veil, driving a car or holding a passport with an American visa. Her commitment to journalism supersedes all these concerns. As she has written, “I know that I live where the most important story on earth is going on. I will never leave.”